I have been reading the blogs of a variety of artists, both visual and performance, recognizing a recurrent theme: desperation. All this wonderful art. All these talented artists. Desperate for attention, support, love, rent, supplies, feedback, collaboration. People for whom it is too late to turn back. Thousands of dollars, dozens of years, invested with little return. Although warned by the sordid biographies of writers, painters, actors and singers who died and were buried in unmarked graves, we didn’t suspect that Lady Luck would ignore us as well. There is romance in the most desperate biographies of artists. Aldous Huxley’s, ‘Down and Out in Paris and London’, for one. Henry Miller’s days in Brooklyn, — or going back a bit, if you really want a wake-up dose of smelling salts, Edgar Allan Poe. I’d start a list, but it would never end. I think that most despair germinates in ambivalence. Cheever, Camus, Steinbeck, etc. asked themselves, over and over, “what the hell am I doing? I am a lousy fake. I don’t have a chance in hell. Why do I continue?” Beckett said it best. “I can’t go on. I must go on. I can’t go on……. I’ll go on.” or something like that. I think that’s as close as we get to an answer. That is what makes artists so extraordinary, including the thousands we will never know existed. Is the answer somehow connected to the joy of desperation? The seduction of impossibility? The comfort of being on the bottom with nowhere to go but up, or sideways? Is this a mental illness? I invite comments. 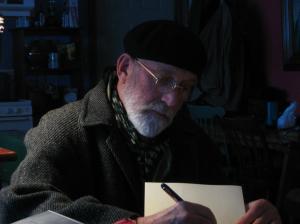 AP: New Orleans, LA:Unable to shake a particularly toxic period of depression, I have recently purchased a crypt in New Orleans. There are good deals on cemetary plots in the Crescent City, due to water damage and I need to prepare for the inevitable, as do we all. A born performer who does not perform is like a lemming prevented from jumping off a cliff by a brick wall. I have tried every anti-depressant, vitamin, guru, and art form, including the weaving of pot holders. Nothing lifts my spirits except the thought of cabaret performances that lead to the eradication of my audience’s own sadness. My mother’s illness and death, along with the fear of homelessness, threw me off track for a few years, but it seems there are no alternatives to the pursuit of a dream, except a bargain crypt. Your assignment: pursue your dream.

AP-Providence, RI: Several residents of Providence, RI have been admitted to St. Josephs Hospital with what was thought to be the flu. It has been discovered, through lengthy blood work, that they are on the verge of dying of boredom. Psychiatrists on staff suggested the boredom was due to weather patterns. The patients disagreed and stated vehemently that they were going to drop dead unless something exciting happened immediately. Buddy Cianci, hearing of the crisis, contacted Laurel Casey and requested that she move back to the city as soon as possible. The patients, upon promise of a springtime full of outrageous cabaret performances and ensuing ramifications, were released without bail. 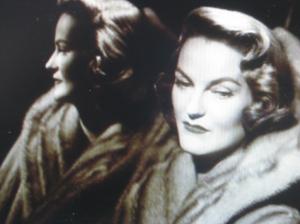 I met, dined with, and performed for Doris Duke in Newport, RI, 1991. Due to an extraordinary likeness, I will be performing as Doris instead of myself this coming summer in Newport. Doris loved jazz and gospel and often disguised herself so she could sing in clubs without notice. I loved Doris. She was hip. She was smart. She was generous. The gossipy junk that passes for biography on TV and in film is an insult to her memory. I intend to show the best of Doris. She deserves it. 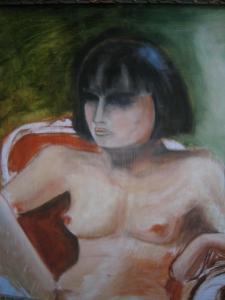 I woke up to the fact that as a writer, singer, actress and disco dancer, it is time for me to combine my talents and return to the theatre. I have paid my Actor’s Equity dues for thirty five years and have not been in a play since 1986. Waylayed by the popularity of my cabaret performances in Italian restaurants, jazz clubs and bath houses, I long to be on a real stage where people refrain from talking, eating, belching and farting. My 90 minute play of music and monologue, highlights the most outrageous, ridiculous, bizarre, hilarious gigs of my life. In St. Barth’s with Liza Minelli, the Sleepy Hollow Country Club with T.E. Waterhouse, Brunhilda’s Viking Room in Florida, Doris Duke’s birthday party, the private parties on Fifth Avenue, Newport, Greenwich, Conn. , Transsexual Lady Chablis, A Chinese restaurant on 42nd St, New Years Eve in a Nightclub Deli on 51st Street with David Merrick.– piano, bass, and drums.

Where will I be performing this play? Well, let me finish it first. 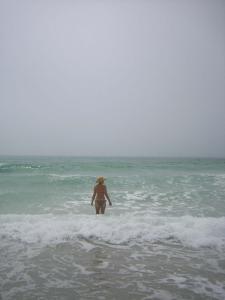 Wherever you are, yes, there you are. Where are you? Are you in the sun or in the dark? Many of us are craving Florida, despite the endless strip malls, traffic and Republicans. For a few short months every year, Florida seems to have the upper hand. The cold weather makes cowards and expatriot’s of us all. We’re ready to give it all up for the sun. The sun. It’s intoxication by association. It takes up residence in our fondest memories and our future dreams. Long ago, we were running on a beach with someone we loved who has since died. We will someday be sailing to Costa Rica, leaving our troubles behind. On gray, colorless days, our hearts yearn for the life we’d expected. We think we can patch up the life we now have with sunlight. The sun makes promises. She is a seductress who preys on our ancestral fear of the dark and goads us to leave when we should stay. 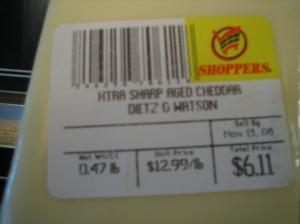 Many people depend on simple daily rituals to keep their sanity during trying times. One of the most popular rituals is known as Cocktail Hour, which usually begins in the late afternoon or early evening, depending on a person’s schedule. I personally look forward to Cocktail Hour, especially in New England during the winter months. The average cocktail hour includes olives, crackers, cheese, and, on special occasions, salami. I have just returned from the supermarket with a small bag of groceries which cost me 154.88. Dinner items for the week, chicken, potatoes, canned peas, cube steak, iceberg lettuce, pasta, frozen pizza and a can of tuna fish, came to a total of 55.45 . The rest of the groceries were designated “cocktail hour fare” and added approximately another 100 bucks to my receipt total. Granted, I bought 7 large bottles of mid-priced wine, but when I focused my eyeballs on the price-per-pound for cheese and olives, I thought I was going to shit my pants. I felt violated.

Someone out there is messing with my life line. The beautiful moments at the end of a long day, wherein I stuff myself with cheese and crackers, salami, olives and wash it all down with a huge swig of cold white wine. This is how it goes. Cheese, cracker, olive, sip of wine. Sip of wine, piece of cheese, cracker, slice of salami, sip of wine, bigger slice of cheese with salami and mustard, etc. Sometimes I am talking to other people who are also stuffing their faces, sometimes I am sitting in my study alone, pondering the events of the day, planning my tomorrow. If I cannot partake in a snack plate I don’t see how I’ll have a past or future. One day will run into a night and into another day, without designation, a dripping watercolor. You will consider this a trivial matter until your own sacred ritual is thwarted.

AP: Bridport, Vermont – Due to a billing error, the top-secret Yoga Writer’s Retreat in Bridport has been upgraded to offer guests a variety of options designed to make their stay more productive.  A free, color brochure is available for $29.95 .

You’ve been nagging me. Fine. I’ve had better things to do, like sleep, but I am now ready to manufacture the ever-slenderizing Vermarvelous Pants for the sake of your sagging butt. I am more than happy to improve the quality of your life with these miracle pants. Treat yourself, don’t cheat yourself. 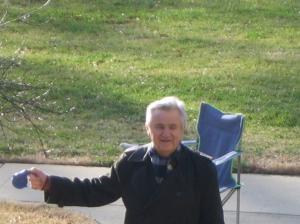 There’s the man who lives a few doors down. An older man in a trench coat. He has two fat, faded cats. He puts them on leashes and walks them around the neighborhood. He carries a retractable chair. When the cats find a place that suits them, the man opens the chair, sits and lounges until the cats decide to move on. Sometimes the cats want to settle in front of this condo, so the man sets up his chair near the front door.

There he was, the man with cats on leashes, sitting in a chair in the middle of the walkway. The first time I noticed him, at dusk, I was taken aback. Opening the second floor blinds and seeing the outline of a man sitting next to the front door is surprising. When you figure out what the old man is doing, allowing his cats to roam, it makes sense, and yet, he doesn’t really have to set the chair down in the middle of the walkway, but he does, and it is a reminded to me that the front yard and the walkway and the front door are not mine. I may rent them or own them, put fences in front of them and Keep Out signs around them, but the truth is, when an old man walks his cats and needs to sit down in my front yard, he has every right, except the “legal” right, to do so.

Today, it’s windy and cold, and there he sits in the blue canvas folding chair, holding a leash attached to something hidden under the bushes. I opened the second floor window just now and told him how wonderful it was that he cared about his cats. I felt like I should make a connection, being that I was standing on the balcony and his head was directly underneath the balcony.

“Well, Hello up there!” answered the man from his chair. “How nice of you to come out and greet me!”

He was a well-spoken gentleman.

“They don’t know the difference, and I get my fresh air. I can sit and watch them, go over my investments in my head, work out deals, very refreshing.”

He had to bend back in his chair and wrench his neck to look up at me.

“For some reason, the cats like to stop here in front of your condo best of all.”

“Why, yes.” He smiled and went back to watching the cats, one of whom had dug a hole and was pissing under a rose bush.

I felt ashamed. I didn’t want the man sitting on the walkway, cats or no cats. He had the large lawn in front of the condo and a park near-by with benches so that people didn’t have to carry chairs around with them.

The man was no bother to me. I didn’t have to leer over the balcony at him. I could go inside and empty the dishwasher. Here it was: The limbic territorial reaction to an invasive “other.” I was able to comprehend, using my advanced frontal lobes, that the old man was providing a loving service for his cats and caused me no harm. This didn’t make any difference. “Get the fuck off my sidewalk” I thought.

Laurel Casey
Create a free website or blog at WordPress.com.